Sanitair Northern Rivers has spent a busy week on and around the water. His only complaint being, when he hopped off a trawler this week his bucket was full of dirty mouldy black water from the split system air conditioning cleaning service and not fresh prawns.

Along with the seafood processing plant aircon and fishing trawlers, this week Sanitair cleaned and sanitised several HVAC systems on the international tug boat “Kurutai” on its way back to New Zealand. Ensuring the crew have a mould free, clean healthy indoor air conditioning.

Working on marine vessels has its challenges with confined spaces, modified systems, fixed furnishings and high levels of contaminants due to the harsh environment. Sanitair technicians are highly trained professionals, resourceful and adaptable in any situation providing their specialist services to ensure the delivery of clean fresh air for occupants in any room be it on land or water.

Mould removal should be your number one priority in any environment as soon as you see any biological growth. Mould is generally easily detected and removed, HVAC units and HVAC ducts are hidden areas where mould may grow unnoticed. Ducts and conduits become blocked with debris, germs, and invisible airborne particles, causing unhealthy and potentially dangerous conditions on marine vessels. Sanitair clean and sterilise air conditioning systems on marine vessels, providing healthier and safer work environments for the captain and crew.

Mould can cause unhealthy conditions for crew, Sanitair uses Asthma & Allergy friendly products and services to remove mould contamination from your vessels air ducts and HVAC systems, providing the crew with clean air – healthy crew and no loss of productivity.

May was National Cystic Fibrosis Awareness Month. Across the country, thousands of volunteers came together to raise awareness about this devastating disease and share their story of hope and progress.

Cystic Fibrosis (CF) is a relatively common inherited disease in which from infancy there are recurrent chest infections causing lung damage, intestinal malabsorption leading to severe malnutrition and growth failure, and there is an excess of salt in the sweat. Untreated, the condition is usually fatal in infancy or early childhood. With treatment, the average life expectancy of people who live to adulthood is about 37 years and this is increasing. (Credit: Cystic Fibrosis Australia)

For the month of May, a number of local Sanitair technicians donated a percentage of every Premium Split System Service they carried out. The funds go toward Cystic Fibrosis Australia’s 65 Roses national fundraising campaign to be used as research for a cure.

This donation was made possible with thanks to Todd and Mel Kelly, Sanitair Townsville and the fundraising efforts of their fellow Sanitair licensees;

Company details: Since 2005, Sanitair Australia has been Cleaning and Sanitising all brands and types of air conditioning systems, specialising in Split System Air Conditioning which includes Hi wall, 4 Way, Under Ceiling and Floor Cassettes. Sanitair also provides specialist maintenance for both Domestic and Commercial Ducted air conditioning systems. Sanitair technicians are located in every state and territory of Australia. 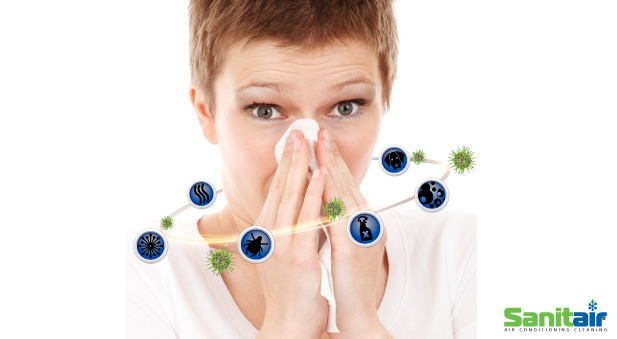 Mould needs moist warm conditions and a food source. That food source may be carpets, flooring, aircons or anything the organism can grow on. Air conditioners are the perfect breeding ground.

How can mould affect us?

Common symptoms include headaches, achy joints, asthma, fatigue, sinus, respiratory infections, skin infections and anxiety. According to NSW Health, “if inhaled the spores can cause blocked noses, irritation to the eyes and skin. People can develop mould infections, usually in the lungs, asthma sufferers can have an attack and life-threatening conditions are possible — although only in rare cases.”

Mould is a harmful contaminant. It is hazardous and can consume everything around it. Minute spores are released by the mould in order to reproduce.

According to Dr Gaskin “mould spores don’t affect all people in a similar way. You could line 10 people up in a room and they could have a completely different reaction depending on their sensitivities or ill health. The symptoms are easy to confuse with general colds and flu.” she said. (Source: www.news.com.au)

How to prevent mould in your home and office

Reducing dampness in your home or office can prevent mould from growing. Other preventions include:

Contact a professional aircon cleaning company such as Sanitair Australia in this case.

Air conditioning units are another area that moulds and organisms were grown on and in. If they are not regularly cleaned and sanitised, you and your family may be breathing in contaminated air which can make you feel ill and fatigued. Sanitair Australia offers a Premium Split System Clean & Sanitise which is the most popular and thorough cleans. The premium clean is recommended annually for Asthma and Allergy sufferers and Sanitair® guarantees treated air conditioners indoor coils will be free of mould and bacterial contamination for a period of 12 months from treatment date. If any treated indoor coil is found to have mould contamination within the guarantee period, Sanitair® will clean and retreat the contaminated system at no charge to the customer. 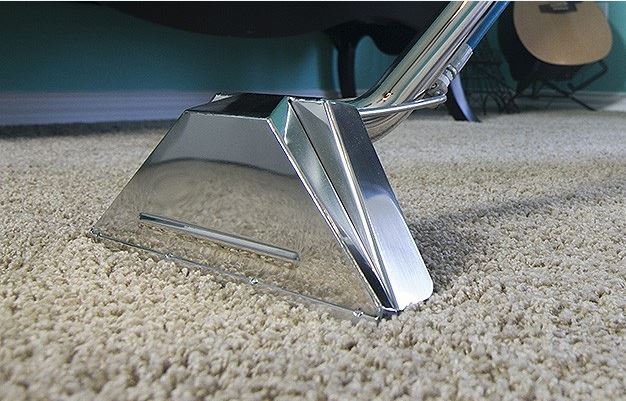 Well, if you had have heard the stories from some of our customer’s experiences you would probably answer no. Businesses are always looking for ways to increase revenues and whilst there is nothing wrong with this in principle, many expand by entering into markets that they know little or nothing about to the detriment of consumers and their property.

The cleaning of carpet is very different to the professional cleaning and sanitising of an air conditioner that contains expensive electronic and mechanical parts.

We have heard too many times from consumers that have had negative experiences with carpet cleaning companies who have been engaged to clean their air conditioner without knowing the questions to ask before they were engaged.

Many customers of these companies have experienced damaged to their air conditioners after receiving extremely poor and unprofessional aircon cleaning services. Unfortunately, with the majority of these bad consumer experiences, the companies involved did not accept responsibility and did not offer to repair the damage. Unprofessional companies choose to blame the equipment, customer and/or coincidence, leaving the customer with no choice but to pay for expensive repair bills.

If you are considering having your air conditioners professionally cleaned you need to ask yourself these questions;

Sanitair Australia’s core business is air conditioning cleaning and sanitising, and have provided over 50,000 cleans for Domestic, Commercial and Government customers.