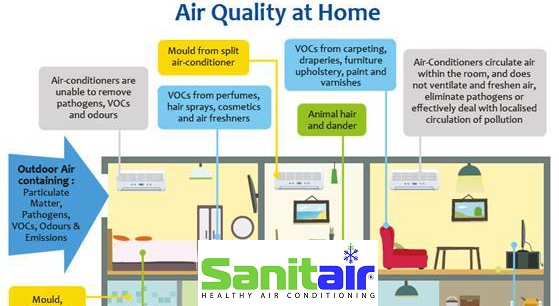 Why it is Important to Clean Your Room Air Conditioning Systems

Fungi and moulds are an important part of the natural world, often forming complex relationships with other plants or animals.  Most are invisible to the human eye, under favourable conditions many can grow rapidly.

These growths contain spores – the next generation of fungi – that can become airborne and be inhaled.

Mould spores are present all year round, with highest levels in Spring and Autumn.  They like damp areas such as your air conditioning indoor coils. The presence of moulds in the air conditioner may cause health problems.  There are three ways in which mould makes people ill;

The air conditioning system will heat or cool recirculated indoor air but it doesn’t introduce fresh air from outdoors or remove any pollutants.  The system should be cleaned and sanitised; a filter clean is not enough to remove the mould and bacteria from your system.

To reduce the mould and other fungi growth in your air conditioner, call a professional air conditioning cleaner to clean and sanitise the internal components of your system. Protect the health of your room occupants.