With most schools now all with air conditioned classrooms we no longer need to worry about our children sweating it out in summer, or freezing in winter. They can learn in an ambient temperature all year round.

Which all sounds very assuring but have you looked at the cleanliness of their classroom air conditioning system?

IS YOUR SCHOOL CHILD FRIENDLY? 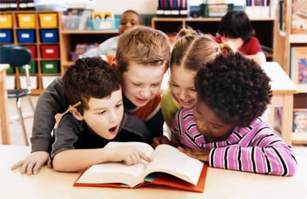 Clean Air for Teachers and Students

Australia is behind in addressing indoor air quality (IAQ) in our schools and kindergartens. Dozens of studies (reported by the EPA, the CDC, the American Lung Association, the American Asthma and Allergy Foundation, researchers and medical schools worldwide) have described the serious and increasing toll airborne pollutants take on the health and classroom performance of students and teachers alike. The damage ranges from significant increases in sick days to an inability to concentrate on the lesson at hand. As a matter of fact, the Environmental Protection Agency has reported that Asthma, which is many times triggered by poor indoor air quality, is responsible for more than 14 million sick days each year. Air conditioning cleaning in schools should be an annual or some cases bi annual with the number of occupants in the room, distributing germs, bacteria and mould spores that may be recirculated by the classroom air conditioning system.

While schools have taken steps to halt the spread of germs, they often overlook the professional cleaning of the air conditioning system in the classroom – a simple and affordable way to help clear the air of mould spores and bacteria.

Sanitair air conditioning cleaning services in schools will eliminate all contaminated pollutants from the classroom air conditioner, helping reduce a variety of pollutants and allergens. Sanitair will create a healthy, comfortable environment for learning.

Sanitair services offer an effective, efficient and low-cost solution that will benefit classrooms in new and old buildings. In many schools, the savings in the first year could be substantial. Utilising Sanitair services to clean up the classroom air conditioner will provide substantial benefits that cleaner air can potentially create including:

The effects of air pollution take a harder toll on children than adults for three main reasons:

Asthma symptoms in children are usually triggered by a respiratory infection (such as a cold), or by breathing air that contains something the child is allergic to (such as pollens or cat fur). Kidswithasthma.com.au (2012)

Many children with asthma have allergies to food or to particles in the air, such as pollens, animal fur, mould, and dust mites. Kidswithasthma.com.au (2012)

Evaporative cooling systems can be useful in dry climates however they increase humidity levels so may increase levels of mould or dust mites. Asthmafriendlyschools.org.au (2012)

A recent study* in China found that children exposed to mould in classrooms suffered more symptoms associated with sick building syndrome, which became worse when at school and improved when they stayed away. A longitudinal study of sick building syndrome among pupils in relation to microbial components in dust in schools in China *http://www.ncbi.nlm.nih.gov/pubmed/21943723

There is some evidence that exposure to high levels of mycotoxins can lead to serious neurological damage and even death. Even dead fungi, is still toxic, you have to remove it.